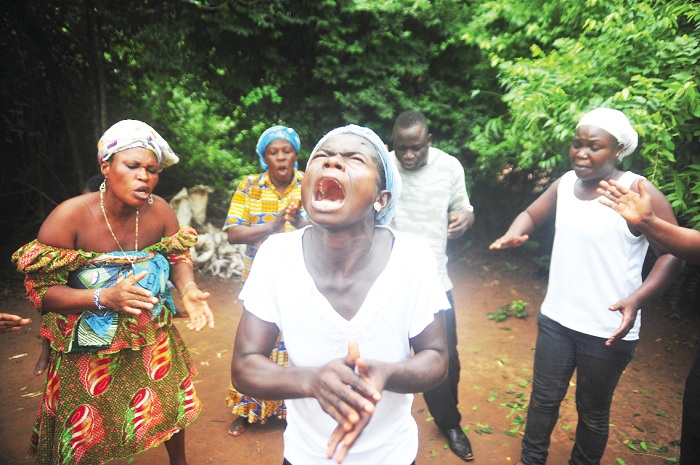 A spiritual enclave is to be created in the Achimota Forest Reserve to accommodate the religious groups that have been praying there.

The creation of the spiritual enclave forms part of moves to convert the forest into a major eco-tourism destination in Ghana and West Africa.

It falls under the Accra Eco Park Project being implemented by the Ministry of Lands and Natural Resources.

This is contained in the final report of a six-member committee, chaired by the Deputy Minister of Lands and Natural Resources, Ms Barbara Serwa Asamoah, charged with the responsibility of developing a road map and modalities for the conversion of the forest into an ecotourism site.

Members of the committee endorsed the design of the spiritual enclave and the zoning of the forest for other activities.

The spiritual enclave will do away with the current dispersed church activities and prayer sessions in the forest.

Statistics at the Ministry of Lands and Natural Resources show that the Achimota Forest Reserve attracts an average of 20,000 visitors annually.

In its report, which has since been presented to the sector Minister, Alhaji Inusah Fuseini, for forwarding to the Cabinet, the committee indicated that the spiritual enclave would have worshipping areas, a pavilion, a grotto, restrooms and landscaping.

The Eco Park will also have other features such as a commercial enclave, an amusement park, a cultural village, a walkway, a drive safari and a visitors’ reception.

A number of religious activities, including fellowship by mostly one-man churches, are a daily occurrence in the Achimota Forest, a development which has negatively affected the forest.

“The forest has mainly been used by religious groups for prayers. The protection of the reserve and its benefits for development is a priority,” Alhaji Fuseini told the Daily Graphic.

He said the Achimota Forest, the largest remaining urban green belt in Ghana, had come under serious threat due to encroachment for the construction of settlements and roads.

Mr Daniel Kwadjo Teye, an architect with the Bricklane Development Group, the company which designed the proposed Eco Park, said provision would be made to transport visitors from the amusement park to the Safari area “where animals will be roaming freely”.

He said there would also be ecological lodges to ensure that visitors enjoyed the ambience of the forest throughout their stay.